Looking back on Notifyd

It all began in 2018 when the head of IT approached a group of students with an idea, a simple idea that would have a massive impact on my life. He wanted to simplify the school’s communication between staff and students, avoiding overflowing email inboxes and retiring an outdated PDF-based system that frustrated teachers.

I went home that evening and started work on my proposal - a system that would come to be known as Notifyd. 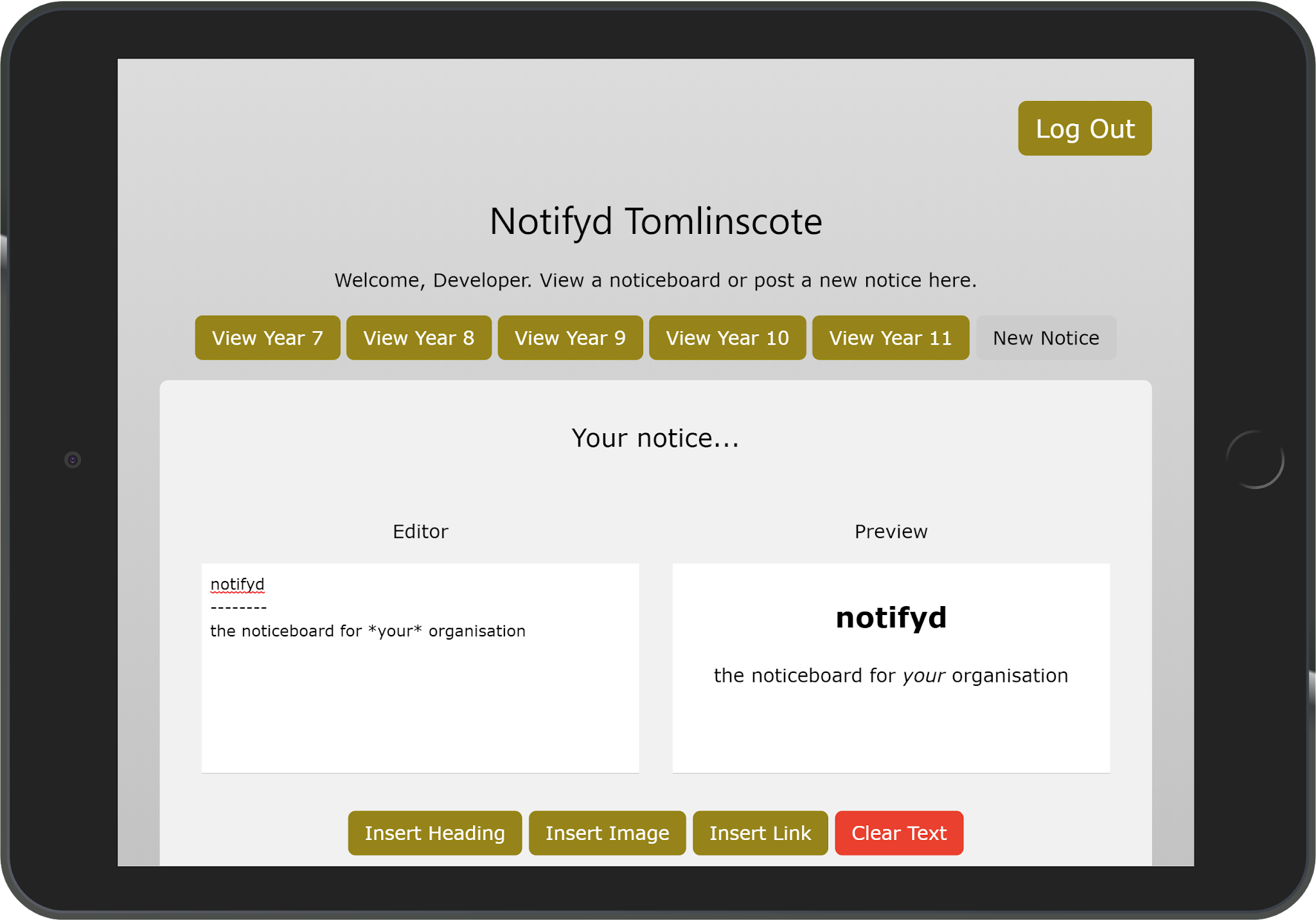 The concept was simple - provide a list of noticeboards to view, with each populating by retrieving JSON from a server. There was one problem though - I had no idea how to implement a web API.

Over the next few years, this was just one of the hurdles I had to overcome to make my idea into a complete and robust system. However, by the end of 2018, I (and my small team of 3 other students) had pitched the idea to the senior management of the school and got approval to launch the first version of Notifyd.

From there, it was a rollercoaster ride of new opportunities and challenges - from learning how Apple’s push notification system worked to visiting RedHat to learn about the agile methodology.

Most important to me though was the lasting impact that Notifyd has had on my perspective - from a true love of creating software to a deeper understanding of how technology can improve people’s everyday lives. There is also a special kind of magic about knowing that something you created is being utilised by 100s of people every single day.

I will always remember fondly Notifyd and the journey it took me on and I believe it is what led me to be here today at the end of my first term of Computer Science at Durham University.